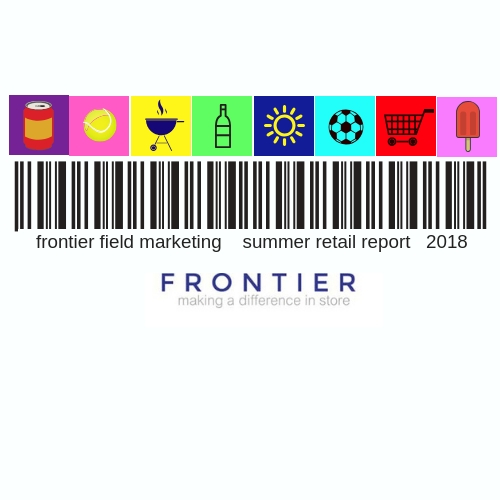 Well – ‘they think its all over’ – has become an apocryphal sporting phrase. Maybe it applies to the retail sector as well?

After the long hot summer, with temperatures in the UK allegedly hotter than in Brazil, many of our regular autumnal sporting events are already swinging into action, and the excitement of the football World Cup has been replaced by the retirement of cricketing heroes, and the kick-start UEFA is giving its new tournament. And the Ryder Cup hype is being cranked up as that bi-annual golf-fest is about to get underway.

So, while many revelled in.the sound of bat on ball in one form or another, and others liked lounging by a river listening to the swish of blade through water, for many the four yearly global footie festival was the highlight to beat all highlights

Point of sale – Get match ready

And this time around, the overall retail picture was similar. Most major retailers got behind the World Cup in one way or another. UK supermarkets enjoyed a multi-million pound sales boost as shoppers stocked up on booze, burgers and ice cream (+6% y-o-y was the mean category increase).

But what’s really interesting from a retail observer’s perspective, are some of the specifics hidden within the overall trends:

Popular promotion – Alcohol, snacks and sharing products, or party foods all tended to do well. During the 2014 FIFA World Cup, retail sales of beers, lagers and ciders rose by around 12%, although performance varied weekly, with a high of +14% in the first week, compared to 2013, but dropping quickly as the tournament progressed, while England didn’t…

But this time, England did do well, reaching the semi-finals stage. So the sales curve had a long tail. And it didn’t just apply to the booze’n’burgers categories. M&S reported demand for waistcoats had risen by more than 35% due to the England manager’s predilection for the garment. Audio visual equipment, and electronic goods generally, outdoor goods – such as clothes, outdoor furniture, toys, and BBQ equipment – as well as picnic gear, all benefited.

The downside was that DIY materials, home investment and maintenance and cooler weather items all struggled.

Wimbledon Effect: The usual suspects got behind the annual SW 19 tennis-fest – Evian Water, and Robinson’s in particular – but it has been noted by Kantar that it is London shoppers who account for the majority of incremental sales caused by Wimbledon.

As well as the different promotional strategies adopted by the different retailers – and in some cases, even within the same retail group – a few common themes emerged. Across the board, retailers moved to simpler pricing strategies, as well as easier to understand promotions and general everyday low pricing for staples.

Light up the World Cup

Figures suggest we – as a nation –  spent over half a billion pounds more than in the same 12 week period last year, which can’t all be put down to the summer heatwave. Astute promotions linked to football, and home-based entertainment, also based on footie, contributed hugely, it is felt.

Whatever your sporting bent however there was one thing for certain – like any other major public celebration – the World Cup was guaranteed to boost sales in some categories. The actual amount of that boost was utterly dependent on how the home team performed.

So the summer of 2018 has seen a succession of sales-boosting events, initiated by the royal wedding – the so-called Markle Sparkle – followed by the World Cup, the summer festival season, and test cricket. Retail sales have grown, and the economy has grown…

And among the quirkier observations are:

cider – had a big summer of sales

But perhaps the most fundamental observation to make about this summer’s retail trends is the continuing growth of on-line and home-delivery retailers, together with the continuing impact the discounters are having on the structure of the UK’s grocery retail scene.

Maybe it’s not all over yet – just changing, as always…